CRYPTIK-ONE: I would like to discuss the Ten Commandments. Lately I have come across people that believe the statutes and Ten Commandments from the Old Testament are no longer applicable with the New Testament.
EVE: I’m having a hard time finding the words to refute this.
CRYPTIK-ONE: What do you believe
EVE: Well first off the Bible is categorized in three sections: the Old Testament, the New Testament, and The Apocrypha.

CRYPTIK-ONE: Yes.
EVE: In total there are 66 distinct books of either Old Testament (39) or New Testament (27), plus 16 more books in the Apocrypha. The Old Testament shows up through the New Testament as it’s a huge influence and background for Jesus’ life and ministry on earth.
CRYPTIK-ONE: I am following.
EVE: The first five books of the Old Testament are the Law of Moses or the Pentateuch, and they contain the possible original writings from Moses. These can also be thought of as the Torah (or Torah Shebichtav). The remaining 39 books are also from an earlier time and are split into several categories: historic, letters, and prophecies.

CRYPTIK-ONE: Where does it say in the Bible that these “Instructions/Laws/Teachings” are not applicable to us? Are you assuming this based off of your observation that this was revealed to an old peoples in an old time with different customs and beliefs?
EVE: 2 Timothy 1:10
CRYPTIK-ONE: “but it has now been revealed through the appearing of our Savior, Christ Jesus, who has destroyed death and has brought life and immortality to light through the gospel.” And? This does not say the Torah is not applicable.
EVE: What I meant to say was the Laws written for a people under the Mosaic covenant given by God.
CRYPTIK-ONE: You said, “religious law because it preceded Jesus and thus isn’t applicable to us today.” So explain why you believe this is not applicable or you can opt to side with me in the fact that these laws (with the exception of blood sacrifice) are applicable.
EVE: Because we live in a period of time in the after-life with our Savior. We were given a completely new covenant and are under this covenant now.

CRYPTIK-ONE: Yes this is true. We do have a new covenant. However it doesn’t say anywhere that the old one was null and void. In fact Jesus is reinforcing the old testament covenant. Matthew 5:17-18, Jesus says, “Do not think that I have come to abolish the law or the prophets; I have not come to abolish them but to fulfill them.
EVE: Of course, because once we were under the Old Testament, but now (after Jesus’ great sacrifice), we are under the New Testament. Thus we must fulfill these laws that Jesus came to uphold and not abolish them.
CRYPTIK-ONE: And the Laws of the Torah?
EVE: I think Jesus reinforced the old laws as well.

CRYPTIK-ONE: Please list them here.
EVE: People say Thou shall not kill when they are not completely following the Old Testament. They take out a literal translation which is what we find in the Modern Bible.
CRYPTIK-ONE: It’s actually “Thou Shall Not Murder” there is a clear difference in the court of law between “Kill” and “Murder”.
EVE: Under the Old Testament ,you were not allowed to kill.
CRYPTIK-ONE: And now we are?

EVE: You could kill a person in the name of God then you would have to appease god by sacrificing something. After Jesus’ sacrifice we are under the new covenant. We are no longer under the old one which means we don’t need to obey the laws, but instead we must follow Jesus and do good works.
CRYPTIK-ONE: It says this nowhere in the Bible and frankly I find this is a common misconception. The Commandment is “Thou Shall Not Murder”. And this is 100% applicable to everyone today.
EVE: That is your take on it.
CRYPTIK-ONE: It’s not a take. This is the word of the Bible. Again I quote Matthew 5:17-18, Jesus says, “Do not think that I have come to abolish the law or the prophets; I have not come to abolish them but to fulfill them.”
EVE: Yes it did, but then again Jesus Fulfilled all things.

CRYPTIK-ONE: He came to reinforce the Laws my dear. If anything the laws are hardened. Do you see what I am saying here? Do you see what the Bible says? Do you see somewhere that says the Ten Commandments are out the window?
EVE: So the Ten commandment cannot be used as a measurement since Jesus came and the old testament was fulfilled.
CRYPTIK-ONE: Blood Sacrifice maybe. However, the first commandment do you know this one?
EVE: Yes. Thou shall have no other Gods before Him.
CRYPTIK-ONE: “Thou Shall Have No Other Gods Before Me”. So what you are saying in effect is that we can worship more than one God and others before Elohim?
EVE: That was for that time, but it does not apply anymore.

CRYPTIK-ONE: This is not true. You are wrong and if you can admit that then we can continue on with our analysis.
EVE: It can be done, but since he came there is no need to worship in that way anymore. We are following the new covenant and therefore keeping it, but don’t have to.
CRYPTIK-ONE: Eve, please admit you are wrong. I made it clear that you are. Do something, say something, quote something to back up your belief because at this point I am too smart to talk circles around with no validity.
EVE: So if you do something out of love and not for glory I can tie this in to the Ten Commandments.
CRYPTIK-ONE: The question is irrelevant.
EVE: In the bible it says many things like if you do this it also says this. It tells you what to do, but it is up to the individual to interpret whether or not it applies or not.

CRYPTIK-ONE: Not true. First Commandment out of Ten. . . “Thou Shall Have No Other Gods Before Me”. It is clear that this still holds true. You are throwing the baby out with the bathwater by stating the Torah no longer applies. I think it’s clear that you outlined a complete and well rounded Bible when you outlined/defined the 66 Books. I stated they are: Laws, History, Letters, and Prophecies. This is completely well rounded and you want to remove “Laws” because it’s in the Old Testament??? Then we would have an incomplete “Guide” with History, Letters and Prophecies and oh these “Laws” which are no longer applicable. Come back to Earth Eve.
EVE: Yes it is, but as I said it depends on how you think of it. As far as the Bible goes it can be used as a guide to live your life. However, some people just focus on the part they love and disregard the rest.
CRYPTIK-ONE: Right kinda like you are doing here. In fact that is why we are having this conversation, because most people seem to negate the “Laws” (AKA the Torah: Teachings/Laws/Instructions).
EVE: So we both agree that the Bible is a good guide that can be used to live by.

EVE: So you have not just defined God, you have defined an aspect of god.
CRYPTIK-ONE: Yes.
EVE: Ok lets move on.
CRYPTIK-ONE: Now you. Tell me how you define God.
EVE: How I define God? Well first of all, I can’t define God because He is a spirit and it would be impossible to put Him into one box. Also, would you like me to define a spirit?
CRYPTIK-ONE: So are you saying you can not define God? (So you were asking me a kind of trick question?)
EVE: Absolutely not. I can define that up there is a spirit. That should be enough, don’t you think?

CRYPTIK-ONE: I am going to say yes I do think because we are off target. We were speaking on the Ten Commandments and their applicable nature to the modern time we find ourselves in. So let’s continue with our agreements on things. First things first. The First Commandment “Thou Shall Have No Other Gods Before Me”. Do you agree that one should not worship many Gods or even more than one for that matter?
EVE: Absolutely. That is why I do not worship Moses, Buddha, Jesus, Horus, Allah and any other God under the Sun.
CRYPTIK-ONE: OK so now the 1st Commandment (of 10) is applicable to modern times, is it not?
EVE: Yes it is. 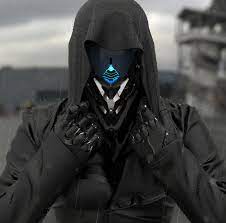